If you missed the news over the past few days due to football or election coverage, then you may have missed how much water is currently in Iowa causing massive flooding. Some towns, including Cedar Rapids, have been forced to evacuate. Flooding is expected to continue to cause problems all week.

There are currently numerous flood warnings along rivers from Minneapolis down to St. Louis. Flood waters are moving down the Mississippi River, Cedar River and many smaller rivers. While some rivers have crested, others are still on the way up. In Cedar Rapids, flood crest is expected to hit 23 feet on Tuesday. 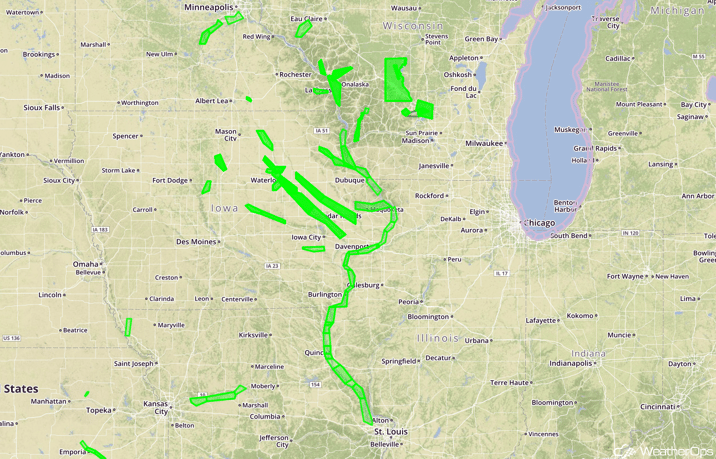 The cause of the flooding is due to heavy rainfall from the past week. In this SkyWise-MetStorm graphic, for September 19-23, you can see the amount of rain that fell. The area west of Rochester shows more than 10 inches of rainfall. 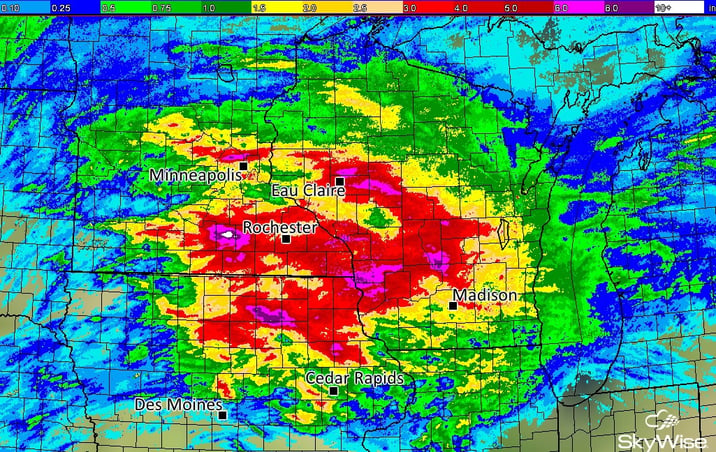 Here are a few images showing how high the water currently is in Cedar Rapids.

View from 2nd Avenue bridge in downtown as Cedar River about 2-3 feet below the bottom of the bridge #Flood2016 #iawx pic.twitter.com/5hOEJOCBp2 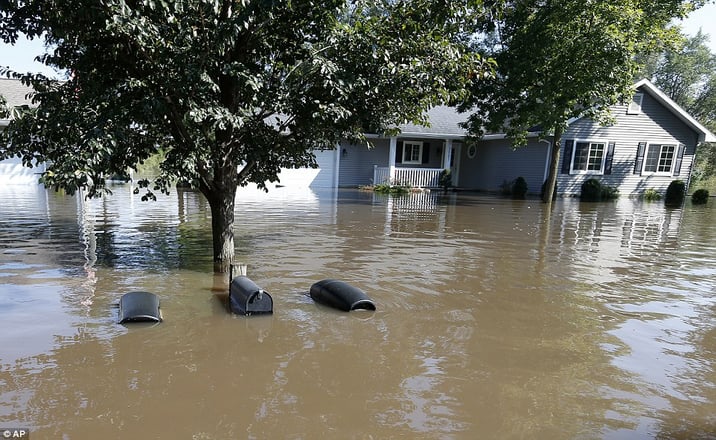 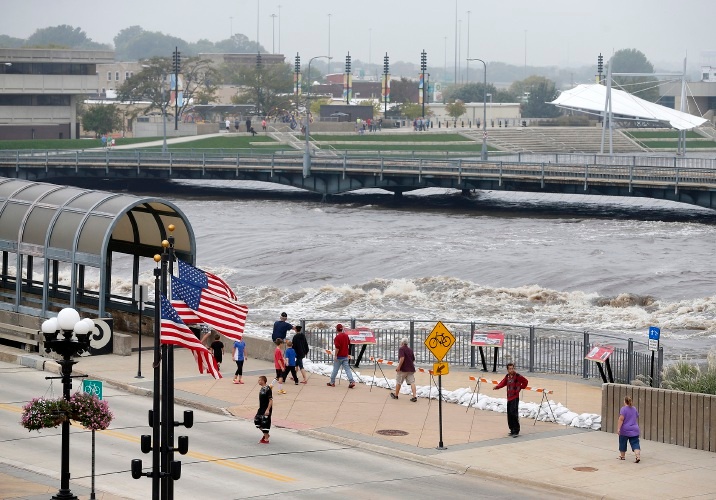 Due to the water inundation, over 5000 residents have been asked to evacuate, as a state of emergency is in effect for the area. Many others spent the past few days sandbagging, in order to protect as many buildings as possible. 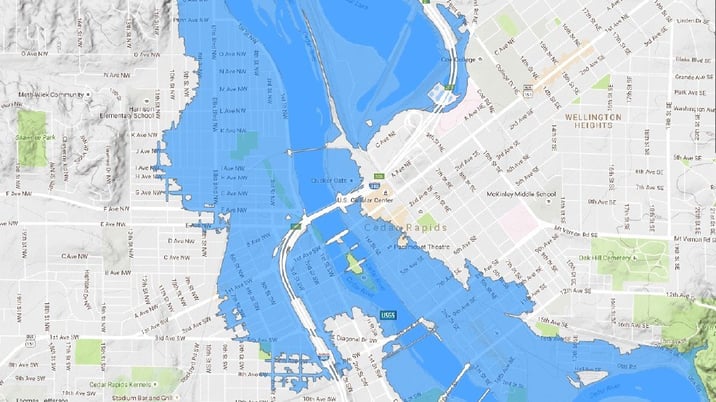 This is not the only area that is flooding. Wisconsin has also experienced flood issues from this event. While flood waters are expected to remain for most of the week in Iowa, those living further south need to be prepared for the water flowing downstream.