Flash droughts are sudden onsets of warm surface temperatures and anomalously low, rapidly drying soil moisture. The swiftness of flash droughts is what separates them from others. Their speed is related to negative feedback mechanisms wherein evapotranspiration - plants wicking soil moisture into the atmosphere - leads to higher temperatures and even drier conditions. Deforestation, for example, leads to increased surface temperatures because the once ambient moisture worked to absorb some of the ambient infrared energies - the heat.

Depending on how they develop, flash droughts are categorized as either Type 1 or Type 2. The first and most straightforward is caused by a heat wave leading to increased evapotranspiration. The other starts with a precipitation deficit in the spring and later combines with both an unfavorable atmospheric circulation pattern and higher convective inhibition energies - which suppress surface heat’s ability to rise - to manifest rising temperatures and thus increasing evapotranspiration.

Heat wave flash droughts are most common in the Pacific Northwest, the northern Great Plains and the Ohio Valley. The latter two locations comprise a far vaster area and are akin because of their densely cultivated farmlands, which preserve less moisture when it’s really hot than the partially sun-shielded forests that once covered the regions. 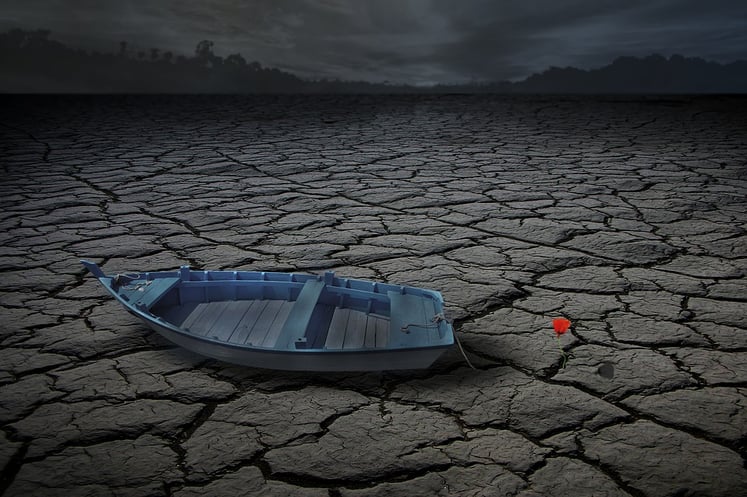 Precipitation deficit droughts are most likely in the Great Plains and the southern states. Recent studies have found them to have a frequency of occurrence of 8-10%, making them twice as likely as Type I flash droughts.

Throughout most of the history of meteorology, droughts were measured by the Palmer Drought Severity Index, which considers evaporation, transpiration, fallen precipitation, temperature, soil runoff and soil recharge data. In 1999, it was replaced by the U.S. Drought Monitor due to inaccuracies when attempting to fit all of the climates found in the US into one accurate, comprehensible, single-digit index. The new system characterizes droughts as abnormally dry, moderate, severe, extreme or exceptional.

The National Climatic Data Center ascribes droughts, including flash droughts, as second in average annual damage estimates (only to hurricanes), typically causing several billions of dollars worth of harm, largely to crops.