Fire and Water: West Burns While East Waits for a Hurricane

Everyone has been paying attention to Hurricane Irma as she approaches Florida and the East Coast. However, western states are more worried about wildfires. The weather is currently as diverse as our United States, with extremes on either coast.

Currently, Montana, Idaho, Washington, California, and Oregon have some of the biggest fires. A large one raging near Portland, Oregon is believed to have started when teenagers threw fireworks into a dry ravine along Eagle Creek Trail. Numerous popular hiking trails in the West have been closed due to damage or on-going fires. The National Interagency Fire Center reports 76 fires with 1.4 million acres burning. A large area of Montana is in exceptional drought, while much of the northwest is in locations deemed abnormally dry to extreme drought. 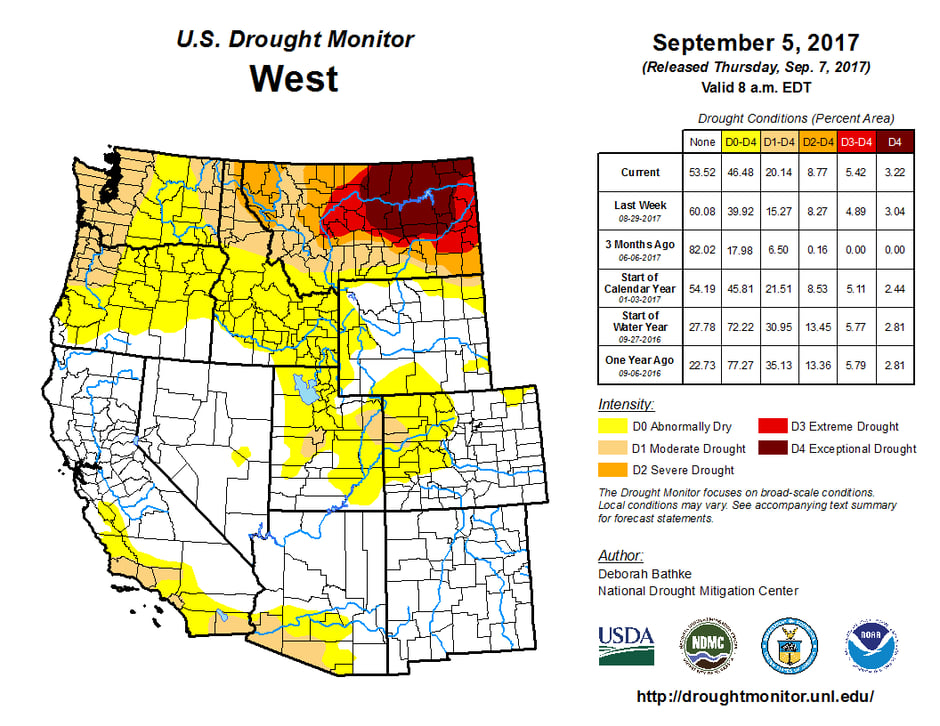 Oregon is slated to play Nebraska, and Oregon St. hosts Minnesota on Saturday. The air quality in those locations is deemed hazardous at this time. The teams are deciding whether they will able to play those football games or not. 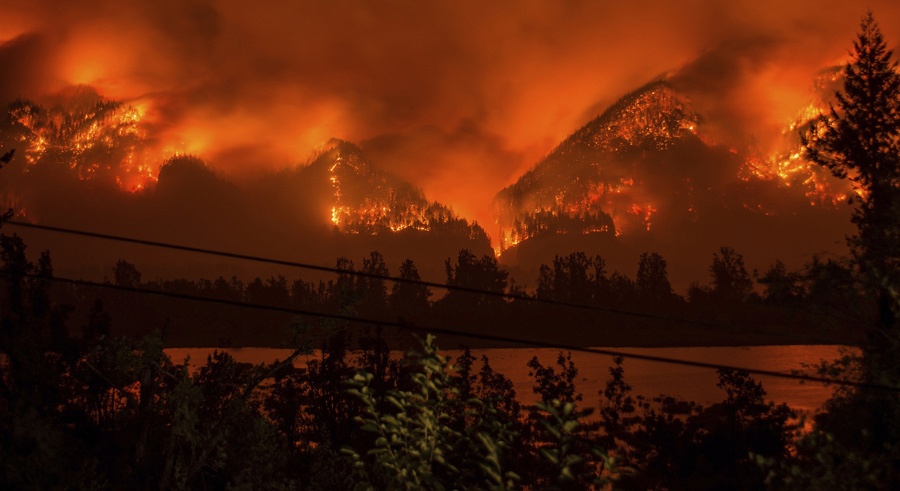 Smoke from these wildfires is spreading across the US making areas hazy. You may see redder sunsets from this activity, but it is also causing breathing problems for many, evacuations for others, as well as burning homes and businesses. You can take a look at all the active fires on the US Wildfire Activity Public Information Map. 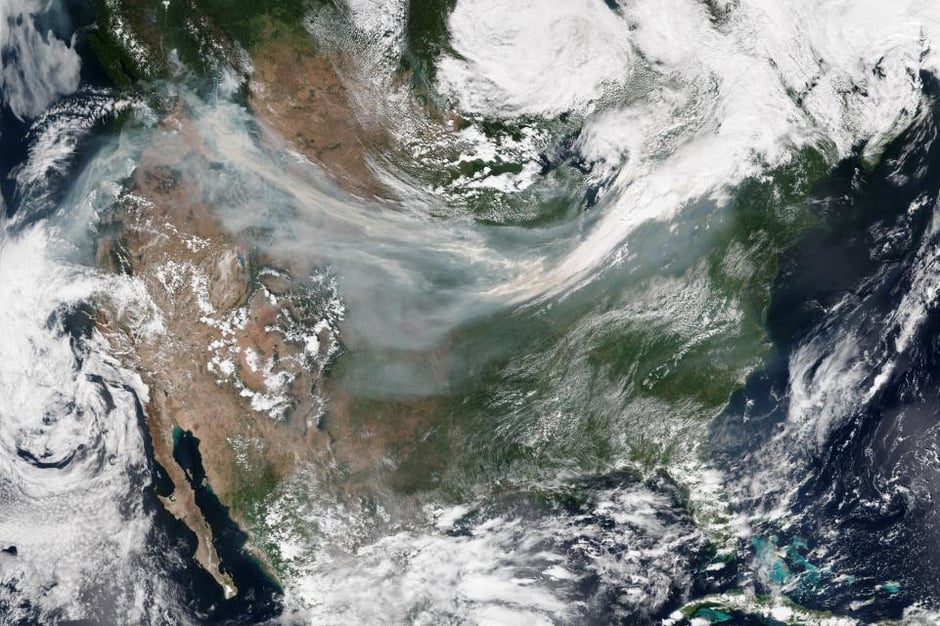 On the East Coast, residents are preparing to battle a different type of weather disaster. Hurricane Irma remains on a path to hit the eastern Florida into the Carolinas. This powerful Category 5 storm has sustained winds over 175 mph and has already caused substantial damage to many small islands in the Caribbean. She shows no signs of substantially weakening and may cause major damage to the Florida coastline over the weekend.

Mandatory evacuations are in effect for the the Florida Keys as are over half a million residents of Miami-Dade county. Coastal counties of South Carolina are also leaving the area. The hurricane has caused massive traffic problems, shortages of water and gasoline, cancellations of sporting events, jam-packed flights out of the state, and changes to many planned cruises. 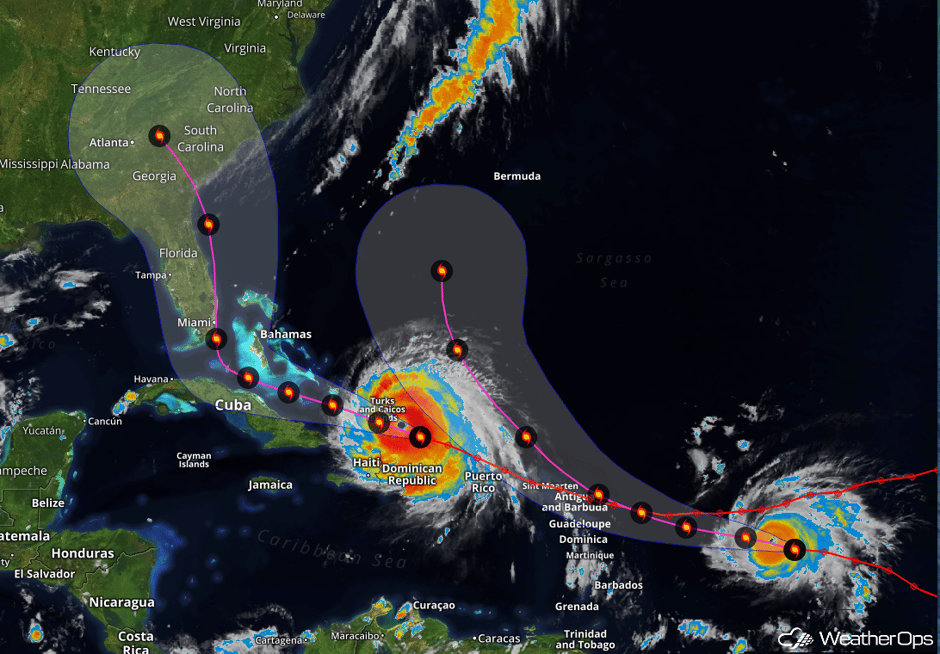 Extremes in weather is something our WeatherOps forecasters are used to dealing with. Whether you need information about the drought or about the coming hurricane, let us know.