Expect the Seahawks-Vikings Playoff Game to be Chilling

Cold and wintry weather is a fairly common occurrence toward the end of the season and during the NFL Playoffs for those teams which do not play in an enclosed stadium.  The Minnesota Vikings, for example, have had the luxury in recent years of playing within the temperate confines of the Metrodome when the weather outside becomes bitterly cold.  However, this year the Vikings will host an outdoor playoff game for the first time in 39 years.  They have been playing their home games for the past two seasons at TCF Bank Stadium while their new indoor stadium is under construction. 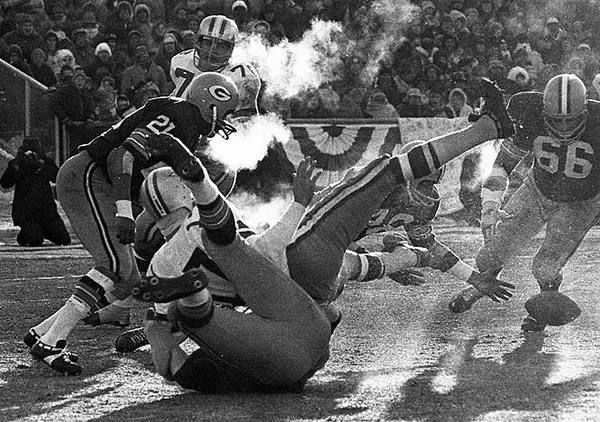 While many sports have a temperature threshold in which they will not play, the NFL is not one of those. Fortunately, Vikings and Seahawks players will play on a heated field and sit on heated benches. They will also get to go inside at half time and warm up. It's the fans who will feel the cold the most. Even dressing in layers will not help when you are outside for hours in extremely frigid temperatures. Frostbite is a real concern for those in attendance, and even more so for that football fan we will probably all see who decides to go shirtless.

As for the forecast, a strong cold front will push through the region on Saturday, ushering in temperatures of 15 to 20 degrees below normal for Sunday.  By kickoff, around Noon CST on Sunday, the temperature is expected to be hovering right around 0°F!  Northwest winds around 10-15 mph will allow wind chills to drop well below -15°F.  While this game will be nowhere near as cold as the “Ice Bowl” in Green Bay in 1967 where the temperature dropped to -13°F and wind chills dropped below -40°F, it will almost assuredly affect both the players and the thousands of fans in attendance. 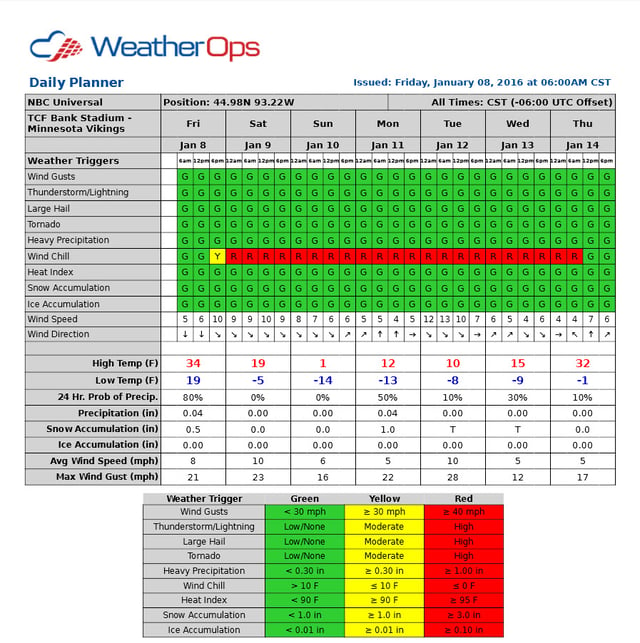 Clearly the forecast can be a game-changer. Being prepared is simple with a WeatherOps forecast and monitoring for your location. Contact us and we will be happy to assist you in coming up with a plan that best suits your needs.