What do drought and bark beetles have in common? In California, the answer to that questions would be a lot. As the drought continues, so do the wildfires. At the rate the forest is dying off, you can expect more issues.

California has been in a drought for the past five years now and it doesn't seem to be getting much better. While there has been some improvement, it will take years of excess rain to even things out. This is taking a toll on the state's water resources, which have been in rapid decline.

The drought is also taking a toll on the forests. Overlaying the current U.S. Drought Monitor map over California, you can see that the Sierra Nevada range is mainly in the red and maroon colors. These are respectively considered extreme and exceptional drought areas. 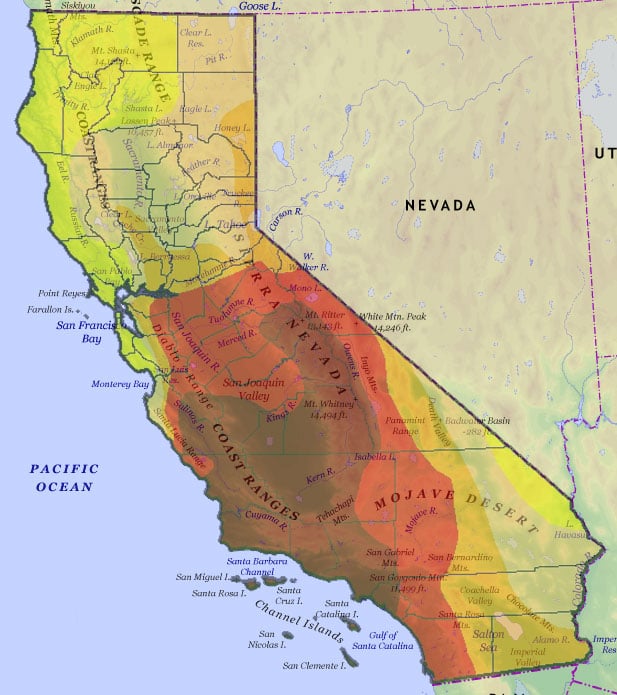 Trees in the forest have been weakened by the lack of rain and bark beetles have moved in. Bark beetles are small wood-boring insects that tunnel under the bark of trees. They easily attack and kill weak trees. Healthy trees tend to put up defenses, such as resin, to kill the intruders. But in a heavily infested area, even the healthy trees will die. Add in a drought and it leads to millions of dead trees. It's a true nightmare for the forest.

This is all setting the stage for massive wildfires. Clearing efforts are on-going to remove the highly flammable dead trees, but firefighters and residents are worried. While the number of dead trees doesn't mean more fires, if a fire gets into this area it will move fast and be intense.