Do You Know How to Deal with Heat Waves?

Heat waves are often underestimated weather hazards in terms of safety and damage to both sensitive crops and manmade constructs. Kinks in the jet stream, often called omega blocking or cut-off Highs, periodically allow for heat to flow poleward and linger potentially for days or weeks. High pressure regions and their subsidization of cool air aloft cap the typical vertical transfer of heat from sunbaked surfaces. The air warms through compression while descending and gets hot before reaching the surface. The two sources work together to heat a region like a moving oven.

Officially classifying a period of abnormal heat, a heat wave depends on the count of hot days and the climatological significance of the region defining it. A heat wave’s impact on a region largely depends on how abnormal it is. In the US, high humidity heat waves have been on the rise in recent decades.

The Architectural Impact of Heat Waves
The architectural impact of heat waves is often overlooked. Heat-induced expansion causes highways and railroads to buckle and kink. Water lines can crack and burst. Overworked and inefficiently cooled transformers are known to overheat and critically malfunction. Buildings such as skyscrapers are built to accommodate heat-related expansion and contraction but simple constructs require extra measures to adequately withstand temperature extremes, such as making divisions every few feet on cement walkways. 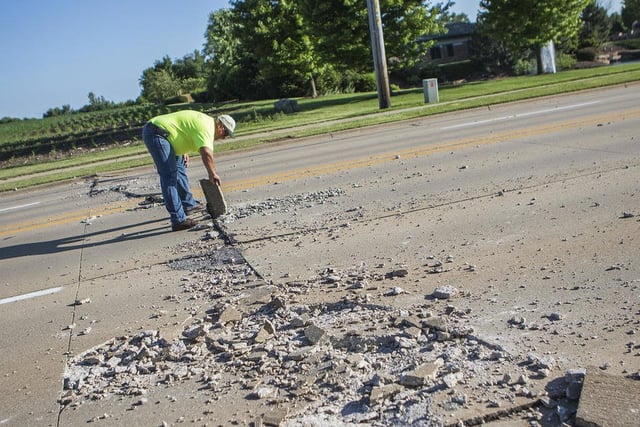 Health Risks during Heat Waves
Heat is the most lethal of weather phenomena, regularly claiming over 400 lives annually. That estimate could underreport the actual count because heat triggers other health problems, which lead to incomplete and thus inaccurate autopsies. 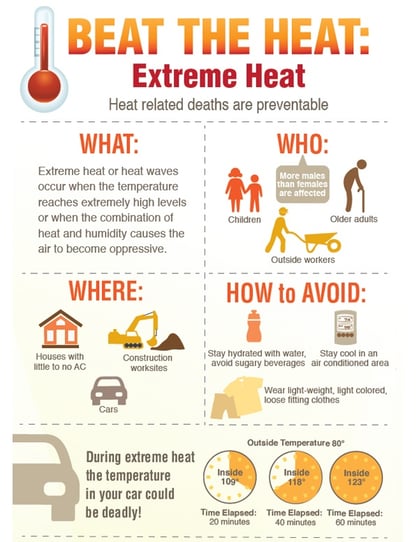 Everyone should be made aware of heat-related illnesses. Tight clothing in searing heat often triggers “heat rash,” yielding blocked sweat ducts, inflammation and, if not properly maintained, infections. Painful involuntary spasms of large muscle groups called “heat cramps” are common after working hard in the heat and after drinking too much electrolyte-free water. Heat edema - increased aldosterone secretion leading to a swelling of the hands, ankles and feet due to water retention - has been endured by many and will go away on its own once removed from the conditions for a few hours or days. Perhaps the most known condition is heat exhaustion, which usually involves a lack of perspiration and can include headaches, diarrhea, vomiting, nausea, dizziness, malaise, myalgia and tachycardia. Heat exhaustion can lead to hyperthermia - heat stroke - if neurologic functionality becomes impaired.

The malignant health effects of excess heat are largely preventable. Drinking water and also consuming electrolytes like salt are key in preventing and reversing most of the ailments. When suffering from a heat-related illness, it is best to try to avoid the sun for a few days. Staying fit and healthy maximizes resistance to heat-related ailments.