After taking most of the last year off, colder than normal weather has made a return this month, with the coldest anomalies seen since the frigid end of the 2014-15 winter. The well below normal temperatures being seen will continue with another round of more moderate cold possible late this month. The end result will be the first colder than normal December since 2013, and perhaps the coldest since 2009.

Since the core of the cold has been centered over the northern Rockies and northern Plains region, the impact hasn’t been as significant on a population weighted basis as it could have been. However, the vast majority of the country, in terms of area, will end up with a colder than normal December. 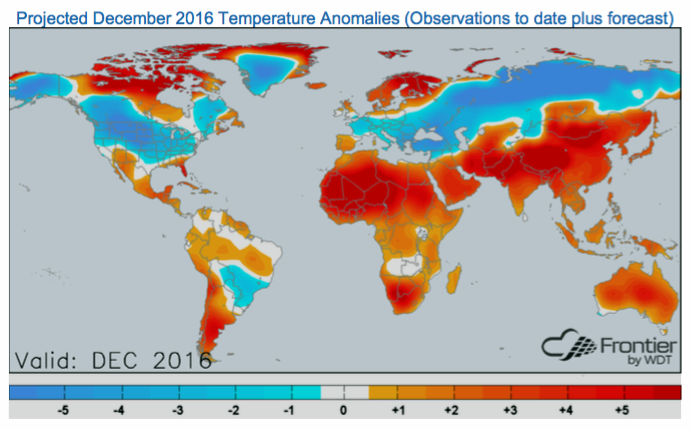 Cold weather has also continued across Asia, though it has shifted farther north than previously seen this fall, and additional cold has also been seen across Europe. The end result is that a large portion of the mid-latitudes will end up quite cold for the month of December, a pattern largely driven by the unusually early splitting of the polar vortex this fall, and continued weaker than normal polar vortex since then (a weaker polar vortex generally promotes more southward transport of cold).