Catching a Break at Super Bowl 50

After the AFC and NFC championship games were complete, the attention in the NFL world began focusing on Super Bowl 50. I’ll admit I was a little skeptical about the prospects of the game being played in fair weather conditions with no threat of rainfall.

On average, February is the second wettest month of the year in the region. Also, due to a strong El Niño pattern, the region has experienced quite a bit of stormy weather and rainfall as of late. 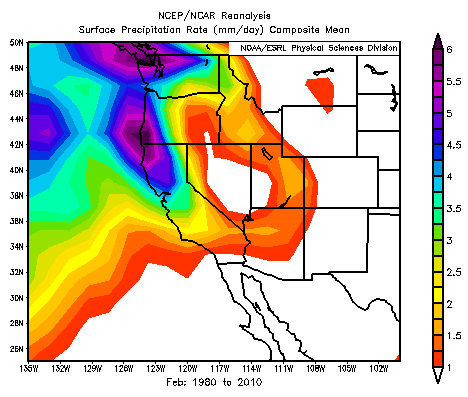 However, in this case the timing of the game on Sunday evening will be ideal. High pressure will persist over the area allowing for kickoff temperatures in the upper 60s to low 70s by 3:30 PM PST, along with abundant sunshine and fairly light winds. This will certainly be great news to the thousands of spectators in attendance at events leading up to the game and the Super Bowl itself. So, while we may all be yelling "catch the ball" at our favorite team, the players and spectators are catching a break.

You may recall that there was a bit of skepticism in both the weather enterprise and among fans when the NFL announced in 2011 that the New York/New Jersey area would be hosting Super Bowl 48. In the dead of winter, this is a region that typically experiences quite a bit of snowfall.  The kickoff temperature in that game ended up being a reasonable 49°F and weather was not a factor.

While Super Bowls are mostly played in temperate climates or in retractable roof/domed stadiums, the weather has played a role in more of these games than you might think: 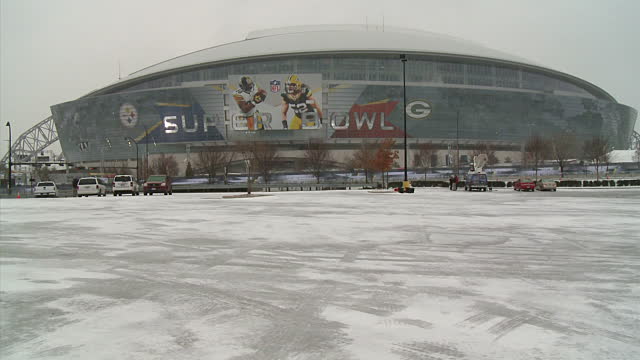 Although not technically the Super Bowl, the NFL Championship was its predecessor and is perhaps the game most remembered in NFL weather history for the brutally cold temperatures. Temperatures at kickoff were around -13°F and wind chill temperatures dropped well below -40°F .

While the kickoff temperature was fairly manageable, this game was characterized by the heavy rainfall leading up to and persisting throughout the game. This of course led to poor field conditions and sloppy ball handling (there were a whopping 8 turnovers between the Colts and Bears!)

Even though this game was played in the newly constructed Cowboys Stadium (now AT&T Stadium) with a retractable roof, the wintry weather in the days before the game lead to massive traffic problems with people travelling to events before the game, and also led to ice falling from the stadium itself.

Whether you are rooting for the Denver Broncos or the Carolina Panthers, one winner has already been decided and that's the weather!