Brazilian coffee prices hinge on the weather. The South American country supplies the world with more coffee than any other, although leading competitors Vietnam and Colombia have been booming as of late after several years of hindered production. Did you realize that 25% of the world’s supply comes from Brazil and 80% of it is Arabica while the rest is primarily Robusta?

Coffee beans were first imported in 1727. The industry thrived and became the world’s primary source in the 1840s, growing the cheapest beans, Espresso-quality and everything in-between. They’re grown between 2,000’ and 4,000’, which yield growing conditions with lower acidity and higher humidity than, for instance, the Colombian, Central American and East African varieties grown at 5,000’ or higher. Brazilian beans are well nuanced and sweeter, particularly if some of the properties of the surrounding fruit are preserved during production. The heart of Brazilian coffee country is the hills of Sul Minas northeast of Sao Paulo.

Brazilian harvesting happens between June and September, inside the May-October dry season. The nearly regular season allows for dry processing of coffee, which requires long-term low humidities. Another production technique that’s famously Brazilian is pulping the coffee beans, which also hinges on the length of the dry season. The fruit around the bean is typically removed because, if it rots, it leaves a rotten or fermented taste in the bean. Invasive microorganisms can give beans a hard or medicinal taste. Rain reduces the efficacy of the drying process and the quality of the bean. 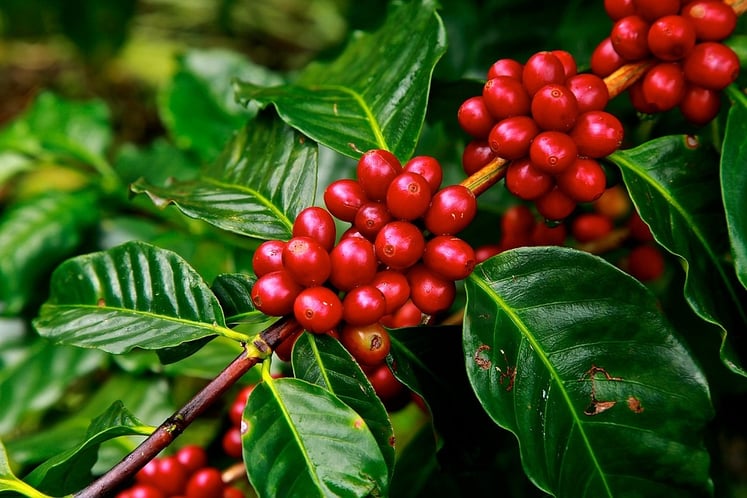 Coffee prices typically decline in November and December, the beginning of the Brazilian summer, due to nearly regular rains. Before the first bloom, rains can improve yields. Inclement weather, however, can reduce existing bloom counts and thus lead to less bean-containing fruit. Too much wet weather threatens the quality of coffee beans by lowering the ratio of oxygen in the soil.

Light frosts - termed “white frosts” - destroy flowers but permit new blooms. Hard frosts - termed “black frosts” - can destroy trees and hinder production for several years. Such devastating frosts happen roughly every five to six years and greatly disrupt the coffee industry due to the magnitude of Brazilian production. The threat of frost during coffee production is unique to Brazil and has doubled the price of coffee globally.