This is an exciting time of year for baseball fans. Many count down to Opening Day the way others count down to Christmas.  This year, fans of the Yankees and Astros will have to wait one additional day to see a rematch of last year's AL Wild Card game.

Rain, graupel, wet snow... those are not the weather types you want to wake up to on the day your baseball team is scheduled to play their first game of the season. Unfortunately, this is occurring right now in New York. Inclement weather has caused the game at Yankee Stadium to be postponed one day. 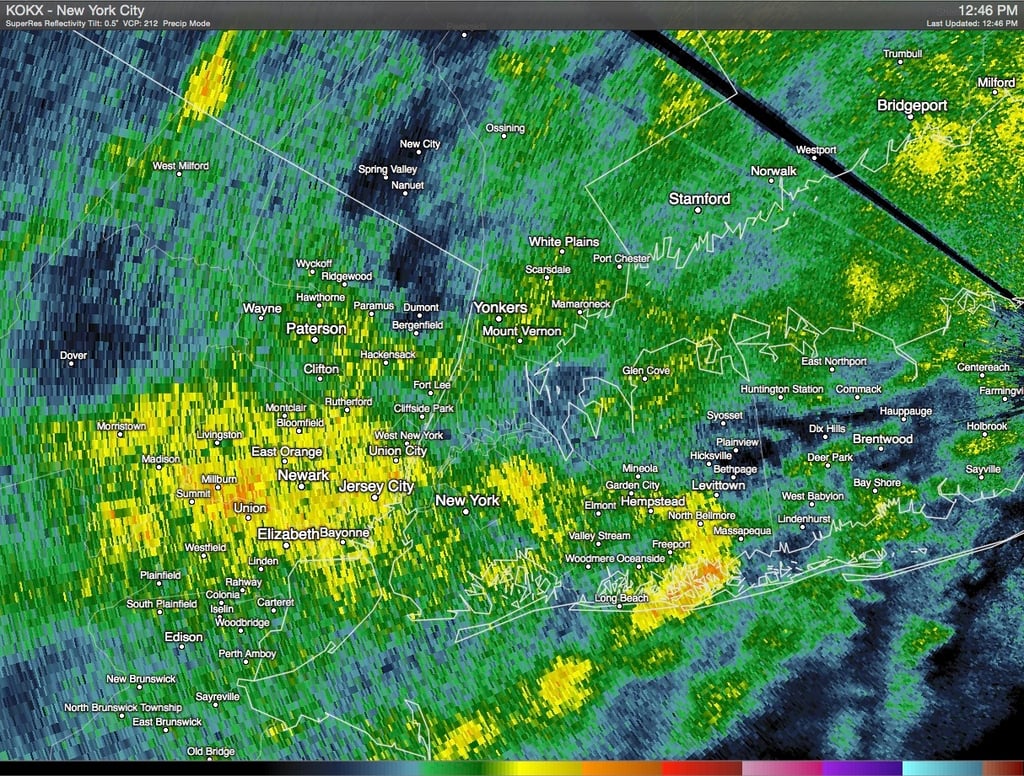 The last time a Yankees Opening Day was rained out was in 2008 at "The House That Ruth Built". That time, the game was postponed after a rain delay of 85 minutes. Upwards of 50,000 disgruntled fans had to then either exchange their tickets or try and reschedule their week for an evening game the next day. It appears they have tried a new approach this year by postponing the game early, so that fans are not sitting at the stadium in rain waiting for an inevitable rainout.

One positive is that at least the bad weather isn't a lot of snow. On April 12, 1907, a heavy snow storm fell in New York on Opening Day of the New York Giants against the Philadelphia Phillies. Groundskeepers prepared the field for play at the old Polo Grounds by shoveling mounds of snow toward the stands. After falling behind with a 3-0 score, fans became rowdy and began a snowball fight which eventually got out of control causing the umpire to call the game and award the win to the Phillies.

Never fear baseball fans, while it will still be chilly tomorrow, the rain will have stopped. The current WeatherOps Commander Daily Planner shows temperatures in the upper 30s approaching 40 and no chance of rain for game time. So, play ball (tomorrow)! 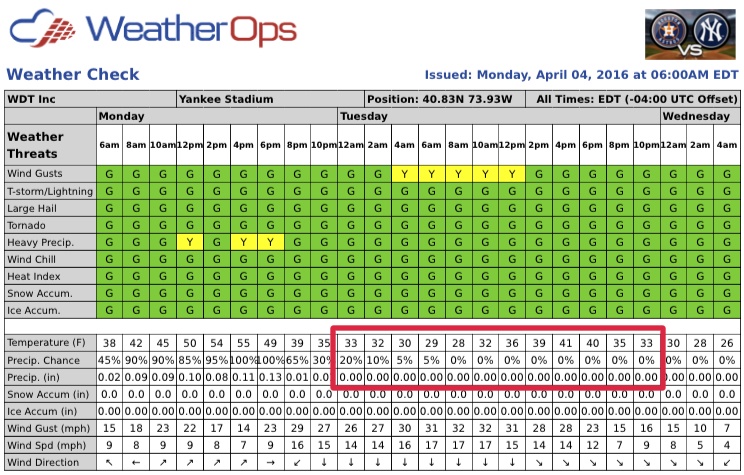