A Look Back at the 2016 Atlantic Hurricane Season 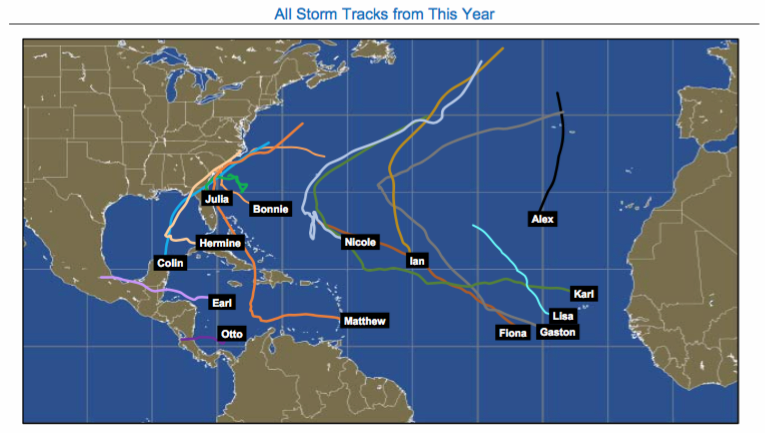 The strongest, deadliest, and costliest storm of the season was Hurricane Matthew, which was also the first hurricane in the Atlantic to reach Category 5 intensity since 2007. At least 700 people were killed by the storms of 2016 in the Atlantic basin, and this toll could increase depending on the final death toll from Hurricane Matthew in Haiti. The total damage caused by the tropical storms and hurricanes in the 2016 season currently stands at about $11.6 billion (US), most of which is from Hurricane Matthew. The U.S. suffered two hurricane landfalls (Hermine and Matthew) plus direct impacts from two other tropical storms (Colin and Julia) and one former tropical storm (Bonnie).