6 Commonly Overlooked Risks to Prepare for When Tropical Storms Approach

When a tropical storm or hurricane approaches, many immediately worry about the winds. You will see residents and business owners boarding up windows as they anticipate wind damage. However, there are other risks for which you need to be prepared.

1. Flooding
While you are preparing for strong winds, don't forget to also prepare for flooding. This can be caused by storm surge, heavy rains on the coast, as well as inland flooding. If evacuating, move important items to the highest areas in your home, if you can't take them with you. Evacuate early as roads fill up quickly with people and if you wait too long they will also fill up with water. Never drive through water more than a few inches deep or you risk your car being washed away. 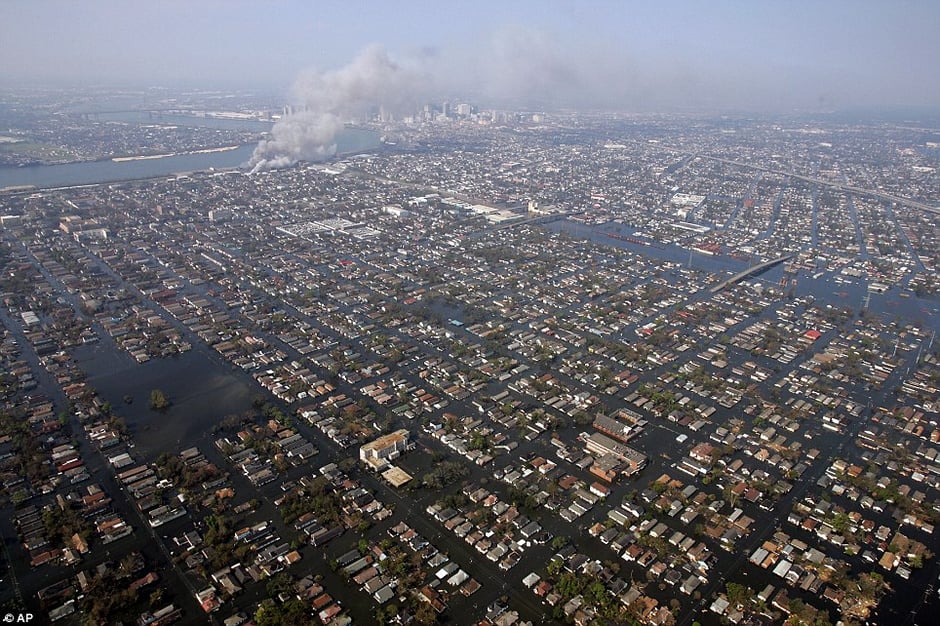 While Hurricane Katrina was only a Category 1 when it brushed New Orleans, the amount of water it drove into the city caused breached levees leading to a tremendous amount of flooding. Within two days of landfall, 80% of the city was under water. Fatalities from the storm and flood waters totaled 1,464 people.

2. Fire
Fires cause millions of dollars of damage during hurricanes. They can be caused by lightning, live wires downed by winds, exploding transformers, or even candles being used for light when the power is out. Once a fire starts during a hurricane, it will be near impossible to be put out. Fire Departments will not go out during the worst part of the storm. If they do go out, they face problems such as flooded roads and low water pressure.

During Hurricane Sandy, over 100 structures burned to the ground. Last year, Hurricane Matthew caused a fire in Myrtle Beach that destroyed multiple structures leading to nearly $7M in damage.

3. Rip Currents
Rip currents can manifest on sunny days without a cloud in the sky, but are typically sped up by storm winds. As tropical storms approach, the threat and intensity of rip currents exists. Rip currents start as strong forces pushing inland, so the cyclonic flow of a hurricane makes the region of greatest threat the northwestern quadrant, especially near the eye where the winds are their strongest.

If you are at the beach and see double red flags posted, this means you need to stay out of the water. Even the strongest swimmers can have trouble with a rip current.

4. High Waves
Water can do a lot of damage, as we saw above when talking about flooding. High waves caused by hurricanes create multiple issues. One of the main ones is coastal erosion and the destruction of beach front property. As bridges, piers, and buildings get pounded repeatedly by large waves, they will eventually collapse. In the image below, you can see damage caused by Hurricane Sandy to this barrier island. 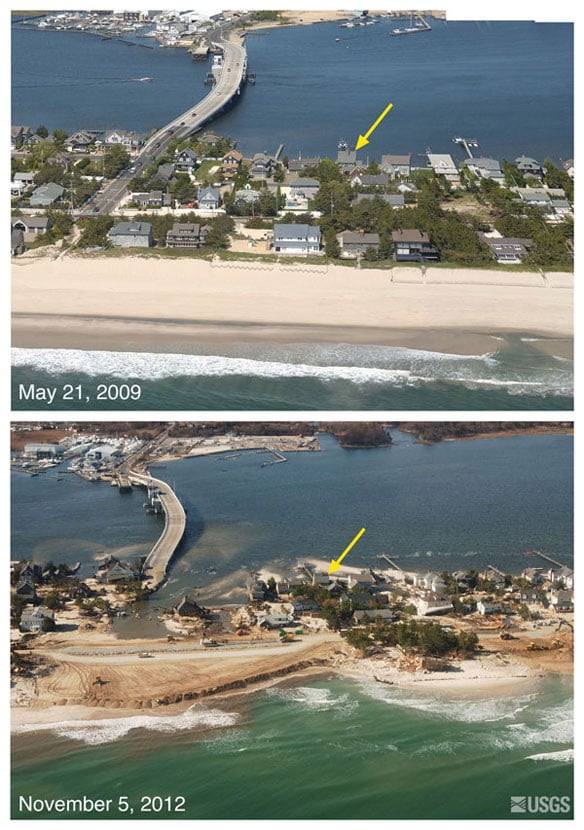 These waves have also led to fatalities as people, fascinated with the size of them, head to the coast to watch the water. Just this year, a boy was struck and killed by a log washed on to the beach by Tropical Storm Cindy in Alabama.

5. Carbon Monoxide Poisoning
When the power goes out, many utilize portable generators for auxiliary power. Because tropical storms tend to occur in the summer, temperatures can be very hot without power. Generators are used to power air conditioning along with lights. Some people will also turn to grilling to cook meals. 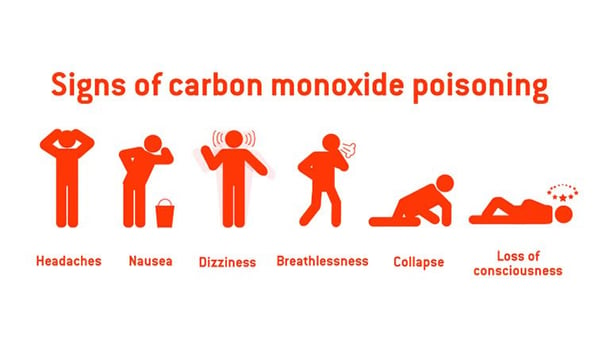 6. Tornadoes
Hurricanes and strong tropical storms can spawn tornadoes. While usually weak, these tornadoes can be wide spread during landfall. You will often see the Storm Prediction Center (SPC) issue tornado watches when tropical cyclones make landfall. The bands of these storms often include embedded supercells with the ability to create damaging tornadoes and waterspouts. Due to rotation of hurricanes in the northern hemisphere, the right-front quadrant tends to be where most tornadoes form. 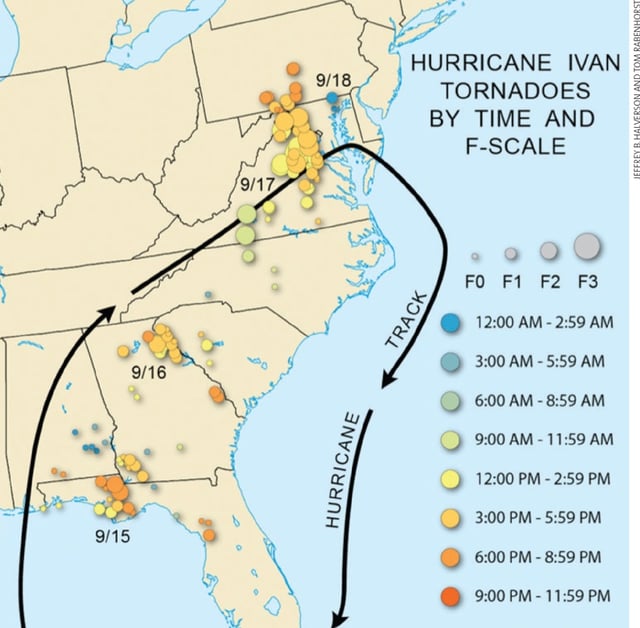 In 2004, Category 5 Hurricane Ivan caused a 3-day tornado outbreak. There were 120 tornadoes reported along it's path across the US. The majority of these tornadoes were weak F-0s (48) and F-1s (53) on the Fujita Scale, but there was one F-3 tornado that is reported to have lofted a vehicle over 75 yards.

The single largest environmental threat to offshore and coastal assets is tropical weather. Do you need the latest information on tropical storms or hurricanes approaching your business? Check out what WeatherOps has to offer.