National Weather Summary for Thursday, May 7, 2015 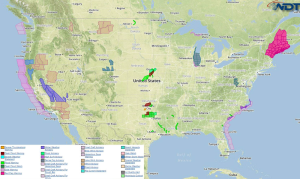 A developing trough over the Great Basin will maintain westerly flow across the Southern Plains atop a broad region of low level moisture and instability. Isolated to scattered thunderstorms, some severe, will be possible from the Minnesota/Wisconsin border into the Southern Plains.

A complex of showers and thunderstorms will track across Oklahoma and North Texas through the late morning and early afternoon. This initial activity could see isolated severe impacts, but the greatest risk for severe weather will be further west this afternoon. Severe thunderstorms are expected along a dryline over Northwest Texas and move into portions of Western Oklahoma and Kansas through the evening. Moderate instability and deep layer shear will support supercell development with the potential for large hail, damaging winds, and tornadoes. The greatest risk for tornadoes will be from Lubbock to Childress. Remnant outflow boundaries from yesterday's storm activity may allow for additional severe thunderstorm development from Central Kansas into Northwest Oklahoma.

Further north, a southward progressing cold front will allow for showers and thunderstorms from Eastern Colorado into Central Kansas. These thunderstorms will be capable of large hail, damaging winds, and tornadoes. 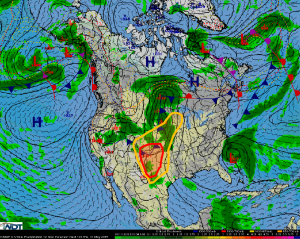